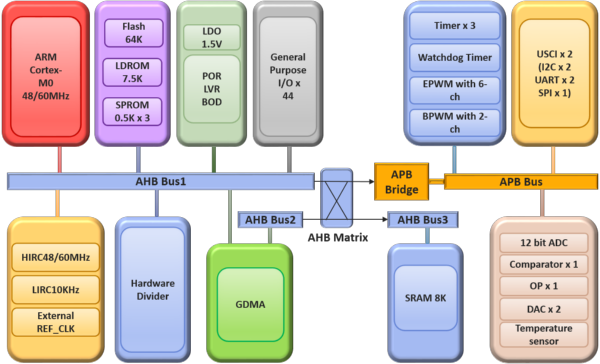 Additionally, the NM1244 series is equipped with ISP (In-System Programming) and ICP (In-Circuit Programming) functions, which allow the user to update the program memory without removing the chip from the actual end product.

Be a hidden champion in providing sustainable semiconductors to enrich human life.