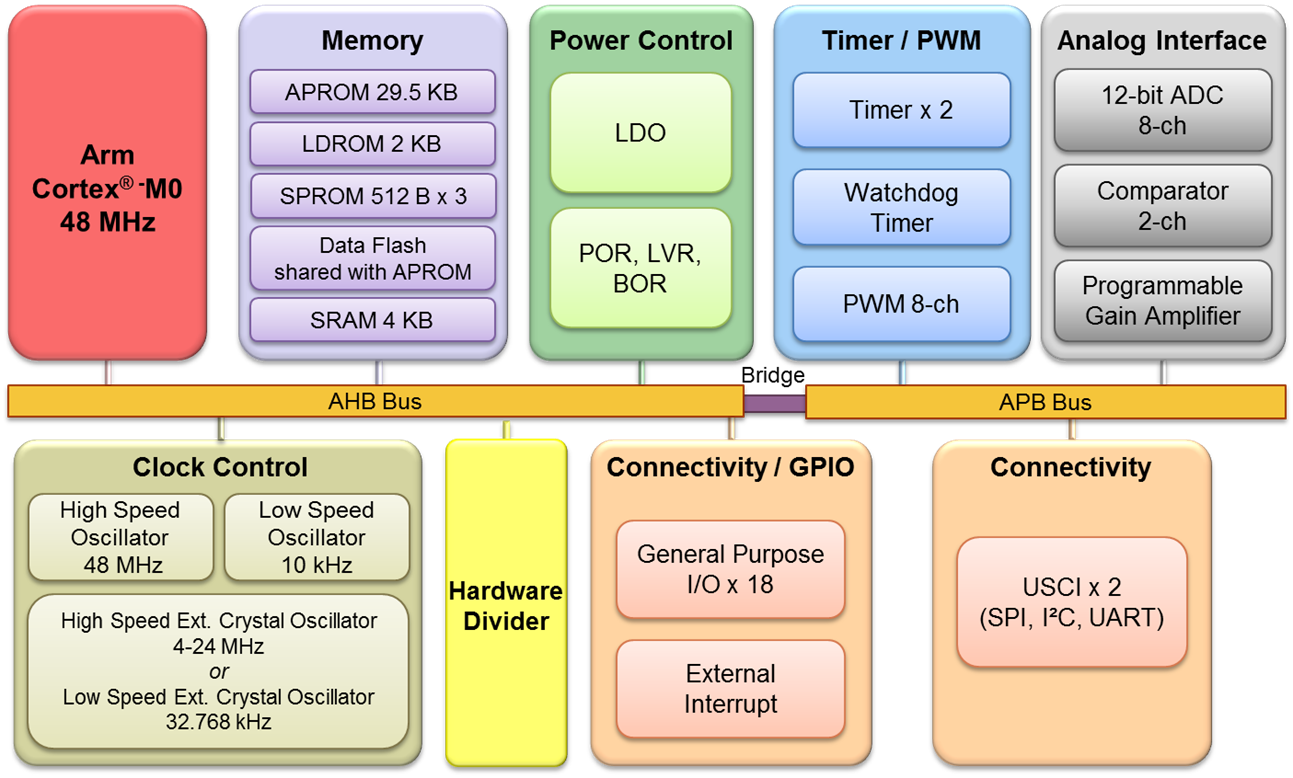 The MINI57FDE microcontroller based on Arm® Cortex®-M0 core can operate at up to 48 MHz from an independent high-speed RC oscillator. In order to service the high-precision control applications, there are also two sets of Sample and Hold circuits for ADC to measure two analog signals at the same time, and a programmable 8-level gain amplifier ( PGA ) for weak input signals which can reduce off-chip components on the PCB. A 16-bit high-resolution and up to 48 MHz PWM with its complementary outputs, dead-zone insertion and triggering ADC function is suitable for switch control on wireless charger and induction cooker products . In addition to having high performance  PWM , a 12-bit ADC with multiple channels and two sets of comparators are used for voltage measurement and comparison as well. A built-in hardware divider is built-in to speed up calculation for control algorithms, and an integrated SPROM ( Security Protection ROM ) with a secure code execution area is used to protect the intellectual property of developers from pirating. The outstanding features of the Mini57 series makes it widely used in wireless charger, home appliances, industrial automation control, and IoT related applications.

The MINI57FDE supports the wide voltage range from 2.1V to 5.5V , temperature ranging from - 40 ℃ to 105 ℃ , up to 29.5 Kbytes Flash memory, 4 Kbytes SRAM as well as 2.5 Kbytes ISP ( In-System Programming ) ROM. It also supports high noise immunity of 7 kV ESD ( HBM ) and 4 kV EFT. In addition to having rich peripherals such as Timers, Watchdog Timer, ADC , Analog Comparator and PGA, two flexible USCI interfaces can also be configured as UART , SPI , or I²C serial interface.