This solution is a pattern recognition system including fingerprint image acquisition, processing, feature extraction, and comparison, which can complete fingerprint identification within 1 second. It also provides hardware encryption and decryption engine to completely protect the internal database and data transmitted.

Fingerprint identification technology is composed of soft and hard body. The hardware part is Fingerprint Sensor, which is divided into capacitive ( transmission charge, temperature difference, pressure scan ) and optical ( shadow scanning by light ) sensing. Used to collect fingerprints. The software part is the Fingerprint Algorithm. When the fingerprint sensor reads, the algorithm compares the files in the database.

For capacitive fingerprint sensors, the Nuvoton M485 series is based on the  Arm® Cortex®-M4F core with 512 KB Flash and 160 KB SRAM. The system can run up to 192 MHz and can complete fingerprint recognition in 1 second while providing hardware plus The decryption engine supports hardware encryption and decryption such as AES / DES / 3DES / Elliptic Curve ( ECC ) to completely protect the internal database and transmitted data. 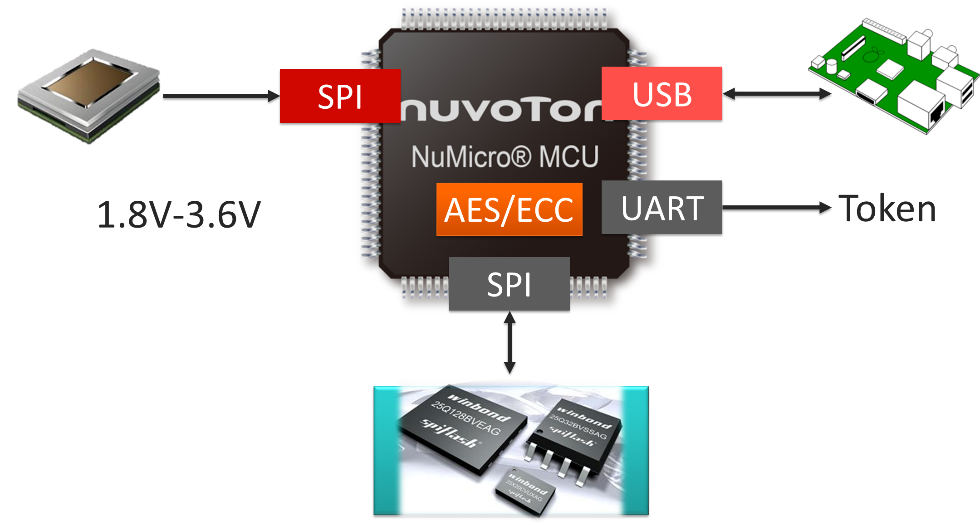 For optical fingerprint sensors, the N329 series is based on the 32-bit Arm® ARM9EJ-S core. The system can run from 200 MHz to 300 MHz and supports CMOS cameras and stacked 8 MB to 64 MB DDR memory. It is convenient for customers to make 2-layer to 4-layer boards, and it is easy for customers to pass EMI and EMC certification. 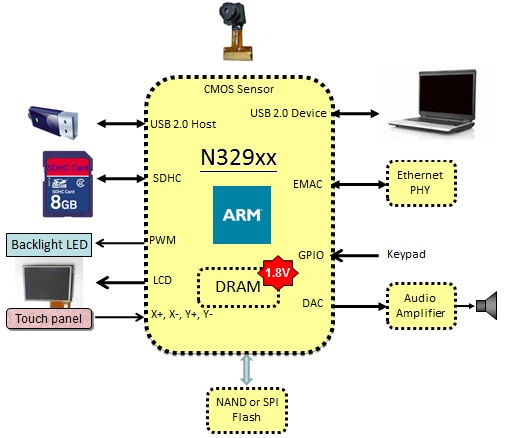