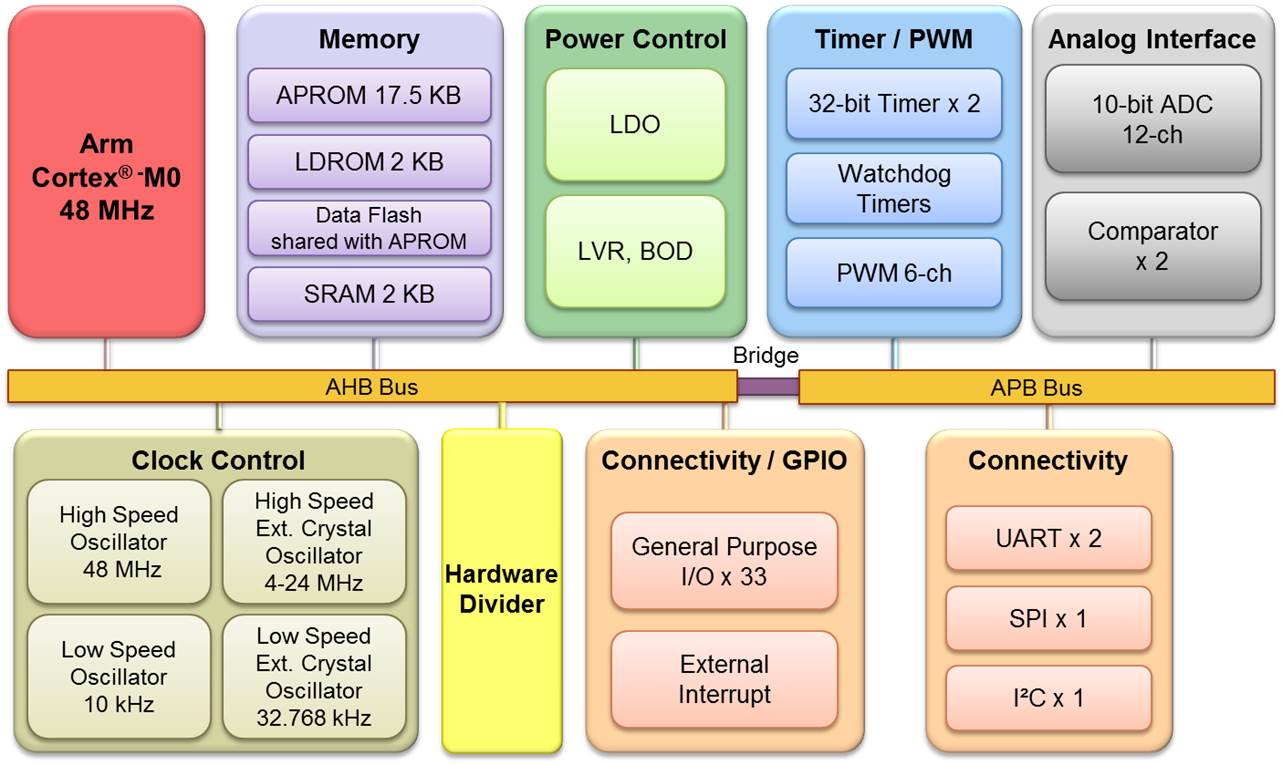 The MINI55LDE microcontroller based on Arm® Cortex®-M0 core can operate at up to 48 MHz and is clocked from an independent 48 MHz high-speed RC oscillator. For the control applications, a 16-bit high-resolution PWM with its frequency up to 48 MHz can provide complementary outputs, dead-zone insertion and trigger one high-speed with 10-bit ADC functions for switch control and protection on home appliances. A built-in hardware divider is utilized to speed up the calculation for the control algorithms. The exceptional features make the MINI55LDE suitable for home appliance, wireless charger and industrial control.

The MINI55LDE supports the wide voltage range from 2.1V to 5.5V , temperature ranging from - 40 ℃ to 105 ℃ , up to 17.5 Kbytes Flash memory, 2 Kbytes SRAM as well as 2 Kbytes ISP ( In-System Programming ) ROM in LQFP48 package. In addition to having exceptional noise immunity of 6 kV ESD ( HBM ) and 3 kV EFT, the MINI55LDE is also equipped with multiple peripherals such as Timer, UART , SPI , I²C , PWM , Watchdog Timer, Analog Comparator and Brown-out Detector.